16 May 2016: Register for Special Mediation Seminar and Workshop with Dr Paul Gibson

Please fill in your registration details below. The seminar will take place in Central Edinburgh at the Edinburgh Training and Conference Venue, 16 St Mary’s Street, Edinburgh EH1 1SU. 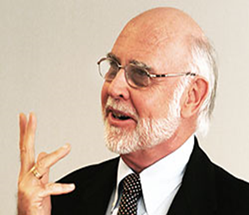 Paul is a full time mediator, negotiator, educator, trainer and conflict management consultant.  He is a nationally (Australian NMAS) accredited mediator and Principal Mediation Instructor.  In 2011 Paul became Australia’s first European qualified cross-border mediator (through the EMTPJ program).  He is an IMI certified mediator.  Paul is also a graded arbitrator.  He works in Australia, and internationally resolving commercial disputes.

Paul also consults to organisations in managing union and labour relations conflict.  His clients include large corporates, SMEs, government agencies and statutory bodies; he has also worked successfully with “uniformed” cultures of the military, police and prison services.


He has had particular experience in complex, multi-party conflict resolution and consensus building applied to large scale conflicts typical of industry organisations and complex business ventures.

Paul is involved in the education and training of dispute resolution skills.  He trains and coaches negotiators and mediators and is regularly asked to participate in the training and up-skilling of facilitators and conciliators.  As examples of his work, Paul teaches conflict resolution, negotiation and mediation to postgraduate students at Deakin University and the University of NSW, and teaches ADR at the College of Law in Sydney.  He also adjudicates the University of NSW Law Faculty Negotiation Competition, and as part of this role coaches law students in negotiation skills.

Paul has been invited to teach mediators and conduct education in ADR across Australia and Europe (London, Milan, Moscow, Brussels and Prague).  He was also a faculty member of the European Mediation Training for Practitioners of Justice (EMTPJ) program at the University of Brussels.

Prior to becoming a full-time dispute resolver some 14 years ago, Paul was a successful line manager, company director and strategic management consultant guiding large organisations through major change.

Originally trained as an Industrial Chemist & Chemical Engineer, Paul has postgraduate qualifications in Operations Research, Behavioural Science and a Doctorate in Business Administration.

In 2010 Paul formed the Centre for Conflict Management and is currently its Executive Director.  The mission of the Centre is “Improving people’s lives by helping them to better manage the resolve the differences and disagreements which divide them."