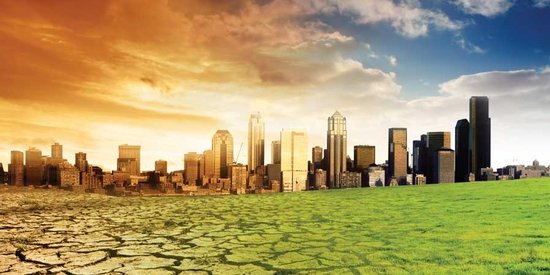 Following the Multi-Party Dialogue on the Challenge of Climate Change hosted by Core on 29 May 2015, a number of useful resources were exchanged. We have gathered them together on this webpage for people to learn more, link with others, and take action on climate change and sustainability. Thanks to Faye Lambley for her help in this.

This is not a perfect resource so please take it as you find it!

Here is a link to the video recordings from the Multi-Party Dialogue featuring John Ashton as well as the other speakers, kindly provided by Stuart Platt.

Core’s Festival Fringe event on Carbon Dependence took place on 27 August, and we are delighted to include some resources from that evening as well. We were joined once more by John Ashton along with Tessa Tennant from Our Voices, George Marshall, author of Don’t Even Think About It: Why Our Brains Are Wired to Ignore Climate Change and Alastair McIntosh, author of Hell and High Water.

1. How Climate Change is Behind the Surge of Migrants to Europe, Aryn Baker, Time

"Even as Europe wrestles over how to absorb the migrant tide, experts warn that the flood is likely to get worse as climate change becomes a driving factor." Read more

2. Climate change: things we can do by Fiona Godlee, editor, The BMJ

“Those of us who’ve been banging on about the threat of climate change to human health for longer than we care to remember should take heart. Hot on the heels of the Pope’s encyclical on the environment, we have an encyclical of a different kind, from the Lancet Commission on Health and Climate Change…" Read more

“Pope Francis will call for an ethical and economic revolution to prevent catastrophic climate change and growing inequality in a letter to the world’s 1.2 billion Catholics on Thursday…" Read more

4. Would climate change activists further their cause by switching from a narrative of doom to one of love? by India Bourke, New Statesman

“The flawed hero of Aldous Huxley’s novel craves a world with its eyes open to the existence of awe and of suffering: two themes that have long formed the bedrock of faith and poetry. And, you can argue, the modern environmental movement. But, when it comes to climate change, which experience – love or pain – best galvanises us to take action?" Read more

5. When the End of Human Civilisation Is Your Day Job, by John H Richardson, Esquire

“As a leading climatologist who spent many years studying the Arctic at the Byrd Polar and Climate Research Center at Ohio State, Box knew that this breezy scientific detachment described one of the nightmare long-shot climate scenarios: a feedback loop where warming seas release methane that causes warming that releases more methane that causes more warming, on and on until the planet is incompatible with human life. And he knew there were similar methane releases occurring in the area. On impulse, he sent out a tweet…" Read more

7. In an interdependent world there is no them and us, only us, by John Sturrock, The Herald Scotland

“The old certainties are gone. The disruption caused by the General Election result will inevitably cause instability – and opportunity. Now is the time for new thinking, a break from the old paradigms. You don’t solve your problems by using the same thinking that got you into them, as Einstein would say…" Read more

“In the 1930s the Dust Bowl ravaged the Great Plains, sending clouds of black dust into the sky and displacing tens of thousands of families. This disaster was due in part from the failure to use farming methods that would have prevented catastrophic erosion, said a renowned international voice for sustainable land development…" Read more

Time is running out. But we can stop Osborne’s fracking free for all, The Guardian
“To deal with the existential threat of climate change, we must break our dependence on fossil fuels, including gas. Large-scale fracking would lock us more deeply into that dependence, and tighten the lock by adding to the powerful commercial and political interests vested in fossil energy…" Read more

"Europe is not for Shale!" European Parliament, Brussels | 4 June 2015
Subjects to Citizens: Fracking and the Struggle for Renewal in Europe

Health and Fracking: The Impacts and Opportunity Costs | 30 March 2015
Launch of a Report by Medact

The Scottish Government on climate change

How to achieve radical savings in carbon footprint and energy costs, by Alistair McIntosh (Author of Hell and High Water: Climate Change, Hope and the Human Condition)

Our Voices| Tessa Tennant has provided the following resources from her talk at Core’s Festival Fringe show on Carbon Dependence, which took place on 27 August:

Urban Enviro News
“Welcome to the latest environment, sustainability and natural resource management news for cities and towns across Australia and internationally”

Al Gore’s ‘Our Choice’ is a new, unique way of reading books. It provides insights and solutions to help prevent Global Warming. Available through the App Store.

An Inconvenient Truth
From director Davis Guggenheim, An Inconvenient Truth is a passionate and inspirational look at former Vice President Al Gore’s fervent crusade to halt global warming’s deadly progress by exposing the myths and misconceptions that surround it.”

Climate Reality Project
Why are climate change deniers using the same twisted strategies as Big Tobacco to instill doubt? Maybe it’s because in both cases, the facts are not in their favour.”

The Day After Tomorrow (!)
Mankind survived the last ice age. We’re certainly capable of surviving this one. The only question is, will we be able to learn from our mistakes?”

What does it mean to go extinct?

‘This Changes Everything’ by Naomi Klein

‘Leading from the Emerging Future: From Ego-System to Ego-System Economics’ by Otto Scharmer and Katrin Kaufer

‘Don’t Even Think About It’ by George Marshall

‘Three Horizons – the Patterning of Hope’ by Bill Sharpe

‘The Landscape Below: Soil, soul and agriculture’ by Bruce C Ball

‘A Land Ethic’ by Aldo Leopold